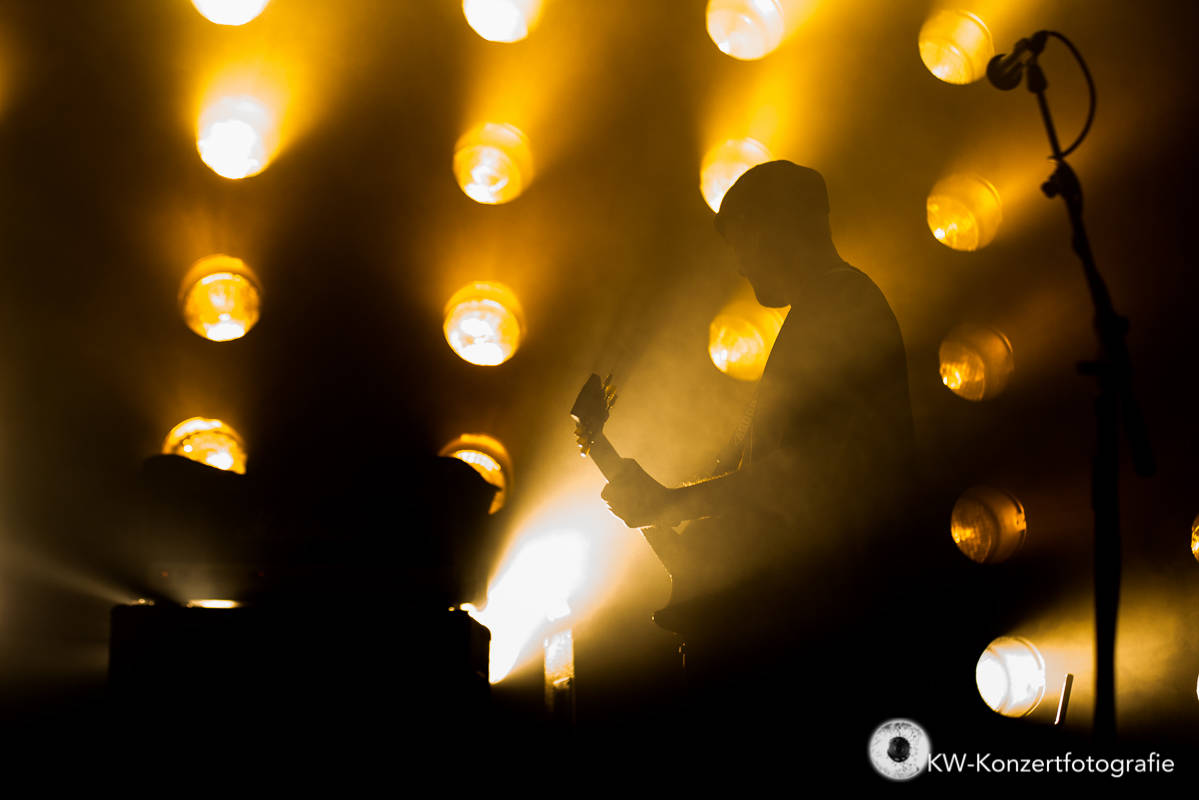 When Carter USM announced that this year will be the final year for them to play shows, I quickly decided, to get in touch with them and actually do a full scale documentary. This means to go backstage, follow them around all day and become part of of the inner circle of the Crazy Carter Crew.

For a start Carter USM announced that the final Festival gig will be at the lovely Bearded Theory Festival in Derbyshire. So we met around 2 pm at the already muddy Festival site. It has been raining all day and it didn’t really seem to be getting better. So we actually spent most of time crammed together in a little container in the backstage area. That is one of the quite unpleasant facts about being the headlining band at a Festival. You spend your day waiting for the gig. Some of the crew had already been there since 10 am.

At 3.30 pm Fruity and Jimbob did a little signing session at the Merchtent, which was actually really fun. The cue was enormous and the fans got signed everything from t-shirts to albums. Everybody had quite a laugh with taking pictures chatting with their idols.

The rest of the day was pretty boring actually. These festival gigs aren’t as exciting as you might imagine. You hang around a lot, take a walk, take another walk, get yourself something to eat and occasionally listen to a band might like. And then there was the rain … again. It drove everybody into the beer tents or backstage containers. We actually thought it would never stop raining. Every weather app on our so called smart phones refused to give us any information that was to our satifaction. Bloody apps, they never work when you need them. But we had a laugh anyway. About 2 hours before the gig was about to start it finally stopped raining and everybody’s mood started to improve significantly. We had a couple of beers while getting in the buzz.

At 9.10 I went to join the other photographers to be led into the pit. The background of the stage was packed with blinders. 2 guitaramps and two microphones, that’s all Carter USM need on stage. The first thing happened was that the lights went on and out again. The generator failed. It was just a short brake and the backup generator quickly did his job. So the lights went on again, Fruitbat and Jimbob entered the stage and the crowd went absolutely crazy. You Fat Bastard! You Fat Bastard! Despite the fact, that the whole festival site was soaked and the area in front of the stage consisted of anything else than mud everybody was dancing, jumping and singing. I really love the great arrangements, melodies and Jimbob’s razor sharp lyrics. 1 1/2 hours of Carter USM at their best! The enormous light show is legendary and very hard to handle for photographers. The amount of light is amazing and perfectly timed with the music. Including the weather. It had stopped raining and the clouds gave way for a clear night sky. I went to the left side of the crowd to have a beer with my friends John and Ally while their daughter was sitting in her push chair happily conducting „A prince in a pauper’s grave“. It was absolutely adorable.

The footprint Carter USM leave behind is huge and they have impressed generations of people.

Carter will come back for „The Final Comedown“ in November. 2 Concerts, 1 in O2 Sheperd’s Bush Empire and 1 at the O2 Academy Brixton. Both shows were sold out in no time and we will all celebrate this amazing duo for the last time.