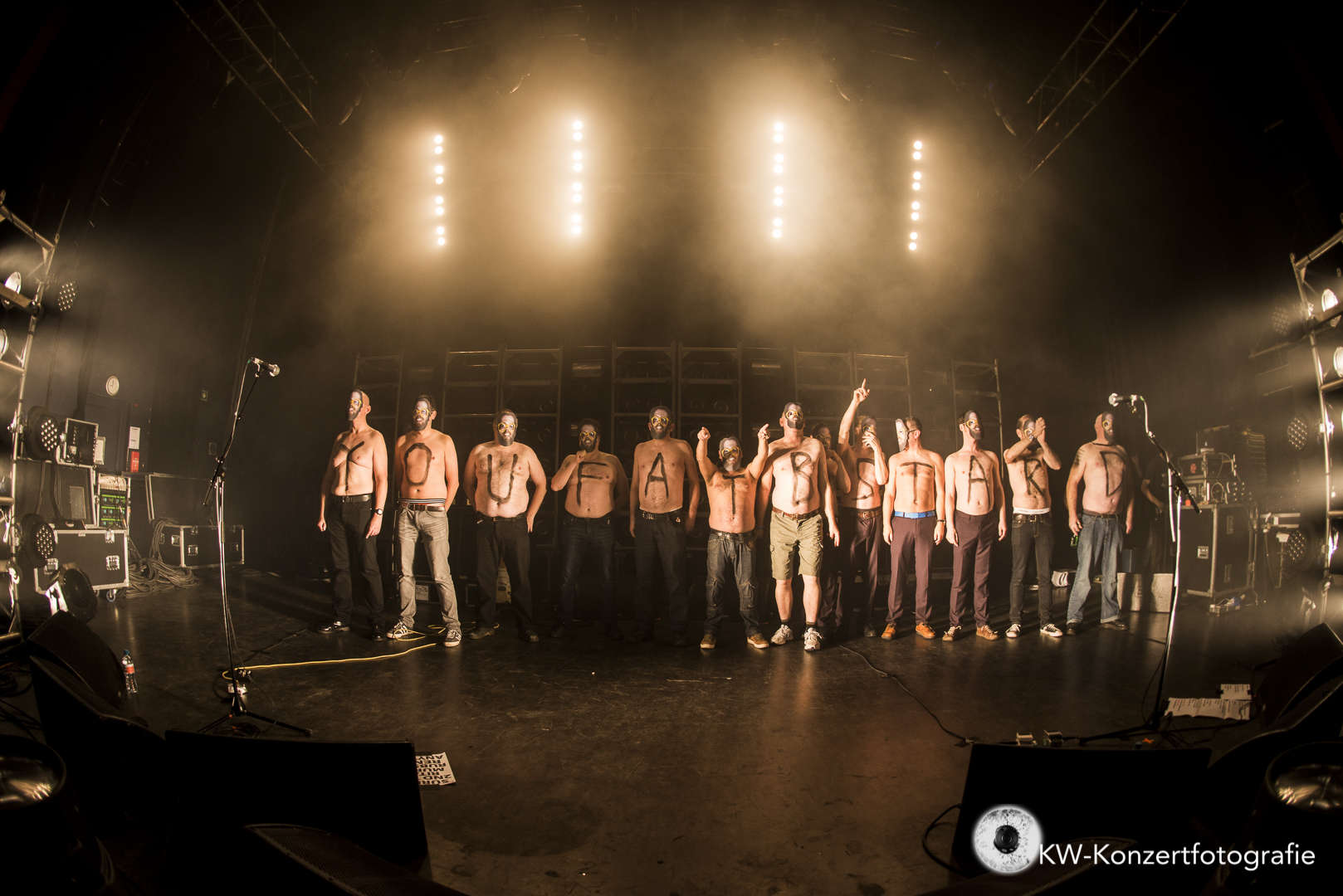 What a crazy night. The Carter USM Fans are truly amazing. I’ve talked to so many lovely people before and during the concert, I met friends that I only know because of the final Carter shows I’ve been to.

I’ve never been to the Sheperds Bush Empire before and when I actually entered it, I could hardly believe that it holds up to 2000 people. It looks so small but it’s built very high. So even though it’s a pretty big venue, the concert felt very intimate. I ran around and took a couple of pictures with my little analog camera, whilst Jim and Les were doing their soundcheck had a little chat. After that I went straight to the pubs to see what the pre gig meetings would be like. Let me put it this way, I’ve got quite a collection of Carter Shirts on film now … 😀 So many people from all over the world have come to see Carter USM for one last time. Japan, Austraila, USA, Germany (probably not just little me) and Scotland, just to name a few. And I will meet even more tonight at the final gig.

„The Frank & Walters“ proved to be a great warm up. Les told me that he loves them and went downstairs to see them. And he was not alone, many fans where amongst the audience and they sang a long every word. After about half an hour of really good pop music and orange shirts with ties, the „Sultans of Ping“ played their set and the crowd in the front went crazy. I’ve seen them a couple of years ago also being the support act for Carter. They haven’t changed a bit and I love it. It is almost always worth it to get in early, the support bands might be really really good. So everyone who will come to Brixton for the final gig, get in there early!

After a bit of a break, finally the lights went out and „The Fat Bastards“ entered the stage, reminding us of „Jon Fat Beast“ who used to open the shows and sadly passed away earlier this year. The 13 blokes wearing Jon Beast masks had written „You Fat Bastard“ on their chests and were welcomed enthusiastically by the crowd. What a picture! everyone in the first row got pressed against the barriers and as soon as Jim and Les came on stage playing the first chords the whole room started moving and the first crowd surfers got pulled out by the security. Carter were in best shape and played one of the best and energetic concerts I’ve seen from them. What a show! It was a bit difficult for me to actually get out of there after three songs, because the place was so packed. The energy in the room was almost overwhelming. I guess it will be even more intense in Brixton at the Academy and this time it will become very emotional.

So let’s end the era with a with a big bang! Tomorrow night will be awesome, filled with tears and laughter.

Here’s a couple of the pictures I took last night, there are plenty more on film so they will take a while to develop.