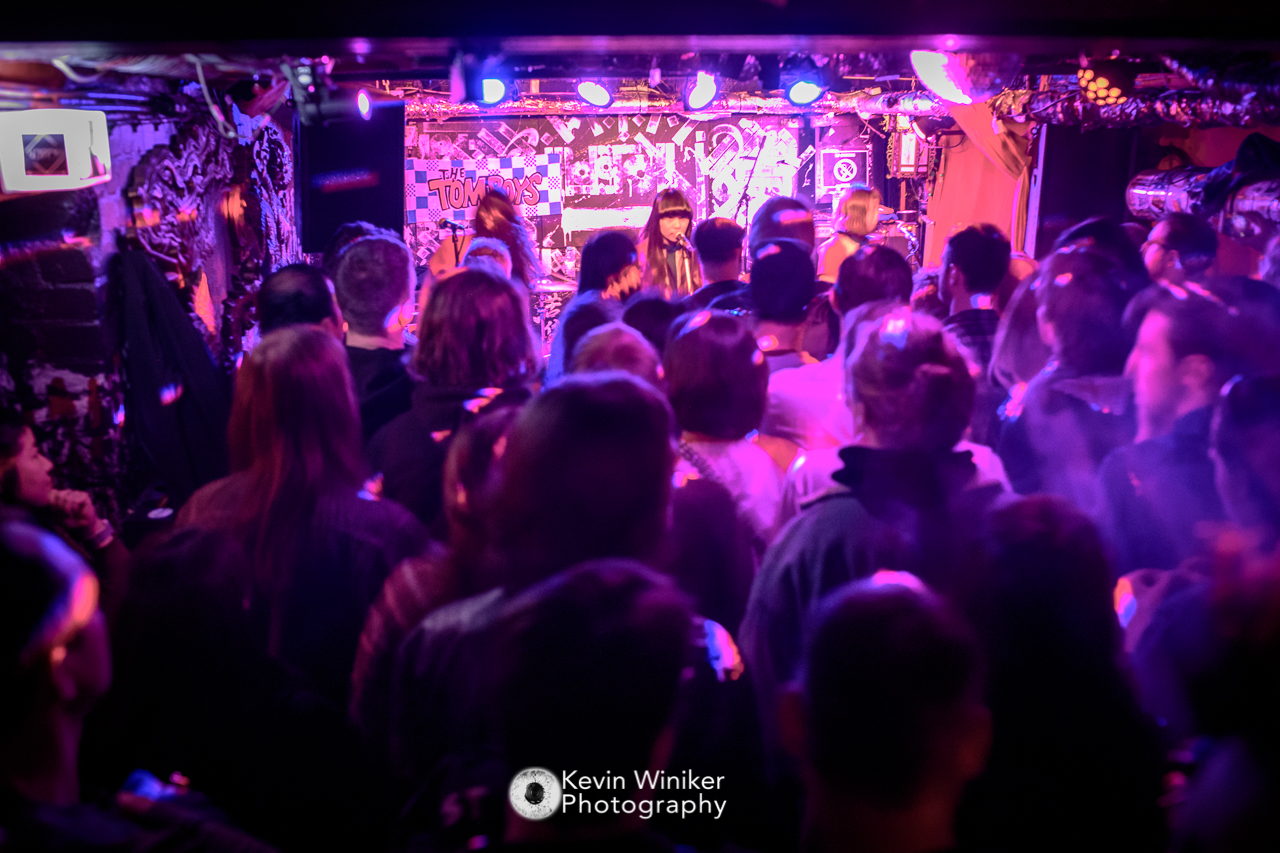 The Tomboys from Japan made their first appearance in Hamburg at the Molotow on March, 8th 2018. This evenings support was Sgt. Cooper, four young lads from Lüneburg, Germany.

Well, it doesn’t happen very often that the drummer of one of Germany’s most successful Rockband sends you a message to go out and see a band, because they blew him away the night before. This is actually what happened. I wasn’t too keen on going out that night, because of a meeting that I had to shift and a sore back. But Vom Ritchie told me to ditch the meeting and take a couple of painkillers. He actually made me go down to the Molotow and watch a band I never heard of before rocking the hell out of the Molotow.
So I gave my friend there a shout, that I’ll come by and take some pictures of The Tomboys. Not even knowing who they are, what they do or where they came from.

The gig was set to take place in the Karatekeller, a small room downstairs at the actual Molotow and when I arrived hardly anyone was there. I thought, oh dear … it’s going to be one of those gigs … great band and hardly anyone turns up. Luckily it turned out I was wrong.
As I waited patiently for the support band, Sgt. Cooper from Lüneburg to start, more and more people came in and within minutes the place was packed. Those four young lads turned are a very unconventional band I must say. Maybe a bit unexperienced on stage but their songwriting is very good. So I guess and hope they keep going. They will become a really great band. They just need more live gigs. So do keep an eye on them.

The Tomboys from Japan are pure Rock ’n‘ Roll

In the meantime I did a little research on my phone to find out who on earth The Tomboys actually were and where they came from. Well it turned out they were the four young Japanese women standing next to me in the audience. They were absolutely thrilled about so many people turning up to their first gig in Hamburg ever.
Once they hit the stage and fired up their amps I knew Vom was right. Holy guacamole, that was what I call Rock ’n‘ Roll. To be honest, I did have to get used to the high pitched voices. Well, at least my central European hearing habits aren’t used to young Japanese women rocking the hell out. But Wow!
What a tight band! Even the show was well choreographed. The guitar riffs were awesome and the speed was exactly right. That was really a something. People were dancing all over the place and all of a sudden I was quite happy that spring hadn’t really arrived in Hamburg, yet. That would’ve been seriously hot in there. Hotter than hell and more humid than a Turkish bath. Great show, great band! Absolutely worth taking the painkillers!

I hope to get to see them again next year. Maybe in a sightly bigger venue.